April 30, 1945 : Soviet troops fight their way into the center of Berlin and hoist the red flag over the Reichstag building.

Meanwhile, Hitler committed suicide in his bunker as the last remnants of his army were being destroyed. The ‘Thousand Year Reich’ was in ruins. pic.twitter.com/ld53ClLH9R 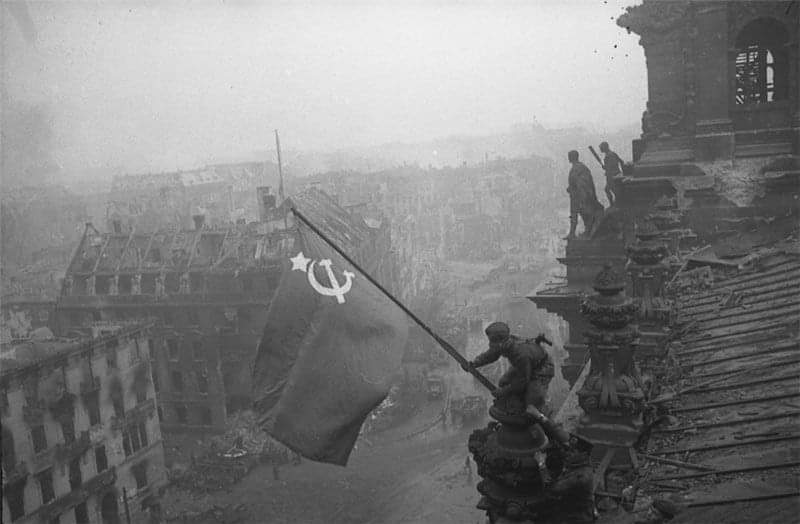